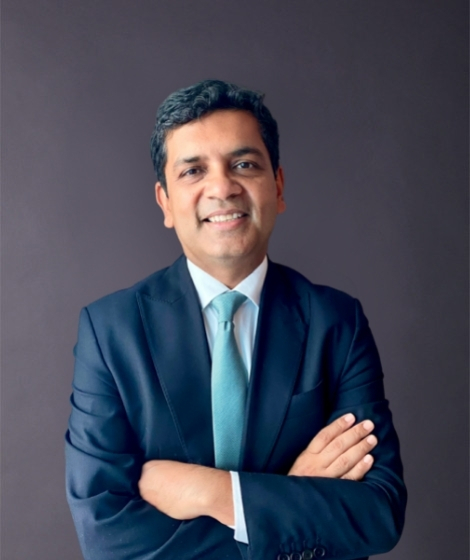 Sunish Sharma, Co-CEO and Managing Partner: Sunish is the Co-CEO and the Managing Partner of Kedaara Capital and co-founded the firm in 2012 along with Manish and Nishant. Prior to founding Kedaara, Sunish served as a Managing Director at the global private equity firm, General Atlantic (“GA”), where he was one of the most senior members of the India investment team since early 2004 and the second employee hired in the Mumbai office. Over the course of almost eight years at GA, Sunish played a critical lead role in the majority of GA’s investments, and played a key role in building GA’s local Indian investment program into a $1 billion invested capital by late 2011.

Sunish has 24 years of industry experience primarily encompassing the full life-cycle of private equity in India across financial services, consumer, business services & technology, healthcare, and industrial sectors, and across private and public markets. He has led investments, managed the portfolio and successfully divested investments over this period.  Prior to GA, he worked as a management consultant at McKinsey in India for over six years. He spent the majority of his time on strategic issues serving several Indian and multi-corporation clients on multiple engagements and M&A transactions. Sunish is a gold medalist from Indian Institute of Management, Calcutta where he did his Master of Business Administration after graduating with honors from Delhi University. Sunish also holds a cost accounting degree. Sunish currently serves on the board of/led the investments in GS Lab, Purplle, Vedant/Manyavar, Lenskart, Spandana, Ajax and CHIL. In the past, he has served on several other boards/led investments in MLL, Manjushree, Bill Forge, Hexaware Limited, Indusind Bank, Jubilant Lifesciences, Cyient Limited, and IBS Software Services Limited amongst others.

Sunish strongly believes education is the best way to give back to the society, and is one of the Founders of Ashoka University, a philanthropic initiative to provide a liberal education on par with the best universities around the world. He is also one of the founders of Young India Fellowship, launched in 2011 in collaboration with University of Pennsylvania’s School of Engineering and Applied Sciences to develop change agents for India through a multi-disciplinary programme. He was profiled as one of the “25 hottest young executives below 40 in India” by Business Today, the leading business magazine in India.  Further, in the 20th anniversary issue of Business Today, he was also profiled as one of the Top 20 professionals which represent the future of Indian Business, “The Next Big Guns”. He has also been profiled as one of “Asia’s 25 most influential people in private equity” by Asian Investor. He has spoken at various conferences on private equity in the region.